Partners in Agriculture is all about empowering Haitians to grow—grow food, grow communities, and grow the skills to be self-sufficient. Creating prosperous and sustainable farms that will provide resources to combat malnutrition and generate employment for local farmers is paramount to our mission. But cultivating a farm is tough work, even with the most advanced technologies at your disposal. Cultivating farms in Haiti’s Central Plateau is even more difficult given the climate conditions and limited access to water sources.

The Problem with Two Seasons

There are essentially two seasons in Haiti: wet and dry.  Growing food during the dry season is next to impossible. There is often no grass and sometimes no water. Without grass for animals to graze on and water to nourish produce, families have to move to areas where these resources are readily available. Sometimes families must let their animal—an invaluable source of food and income—go free so that it can survive.

In May of 2013, PIA took steps towards solving this annual problem with the help of the Solar Electric Light Foundation (SELF). SELF designs and implements solar energy solutions to help those living in poverty. This organization installed a solar system in Corporant to power the water pumps for a drip irrigation system at the Lashto Zanmi Agrikol farm. The results from this Solar Market Garden have been outstanding, making it possible to grow high-value vegetables during the dry season and contributing to year-round food security. 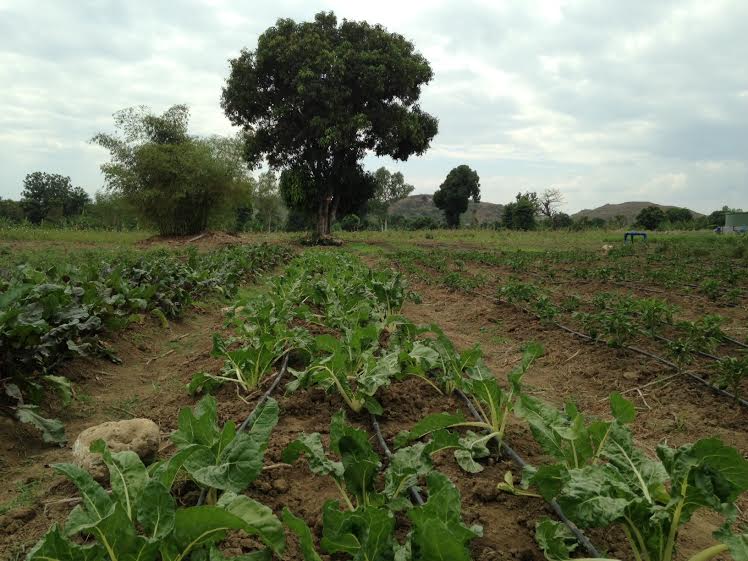 Before the installation of these powerful new systems, Partners in Agriculture used flood irrigation. This process involved flooding squares of farmland with water from the river using a fuel-powered water pump. While this process did work, it was less efficient and much more costly due to the price of the fuel.

Drip irrigation, on the other hand, exposes the roots of plants to a direct supply of water in a slow and steady fashion. The water comes from two sources: the Artibonite River, the largest river in Haiti; and a well in Corporant. With the SELF system, costs are significantly reduced and wasteful water runoff is virtually eliminated. Water is pumped at no cost using the power of the sun and is accomplished in a more controlled, precise, and economical fashion. Tomatoes, bell peppers, onions, okra, and Haitian spinach are just a few of the vegetables that can now be grown year-round, thanks to the SELF drip irrigation system. The SELF system also ensures proper irrigation for the growth of bananas, a necessary staple of the Haitian diet that is becoming a cash crop and building upon sustainability. 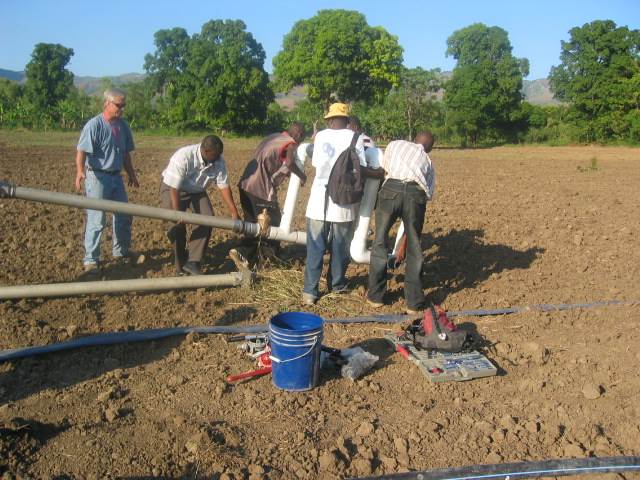 It is difficult to emphasize the importance of having this food available during both of the Haitian seasons. Produce is sold in the general market to the Mirabalais hospital and to numerous other markets and organizations, bringing vital nutrition to those that need it most. The system also provides income to the farmers maintaining it. We’ve been impressed by the efficiencies of this technology and are abundantly grateful for the first system installed by SELF. In fact, success has been so overwhelming, SELF has generously given us a second Solar Market Garden drip irrigation system, which is currently being installed in Corporant and will bring even more water to farms year-round. With a second system in the works, we look ahead to more positive changes that another SELF drip irrigation system will bring to Zanmi Agrikol and the Centre de Formation Fritz Lafontant (CFFL).