Where Will Your Guiding Star Lead You this Christmas?

In Haiti, poverty runs deeper than soil. In some areas, Haitians are barely surviving, highly vulnerable due to lack of resources, law enforcement, and natural disasters, while also living off of around $2 a day.

According to one article on Haiti’s desperate condition, Haiti’s exposure to earthquakes, flooding, and hurricanes could be more manageable if the country had a solid infrastructure. But after centuries of exploitation by people in wealthier countries—and eventually, its own leadership—Haiti is one of the most difficult places on earth to live.

Thousands of starfish were left to die. One man walked along the shore and threw them back to sea, one at a time.

Founder and Director Gillaine Warne was told a story early in her journey with PIA. This story has been told and retold in a few different ways, but it remains impactful. It pushes us forward. The story goes like this:

A man was walking along a beach after a devastating storm, picking up and throwing back into the sea starfish that had been washed up and were dying. A young boy stopped and asked him what he was doing and why, telling him there were far too many starfish and that he couldn’t possibly hope to make a difference. The wise man looked at the young boy, then bent down, picked up another starfish, threw it back into the sea, and said quietly, “But I made a difference to that one.”

This is how we feel about Haiti. We can’t possibly hope to solve all of its problems, but every person—every starfish—helps. We can make a difference!

Become a “Star Thrower” This Christmas

Waiting to receive treatment for malnutrition

For Partners in Agriculture, throwing starfish back into the sea one at a time started with treating children under 5 who were suffering greatly from malnutrition. As an emergency response, these children were fed a nourishing food developed from peanuts and/or corn until they had recovered to a healthy weight. But as we said our last goodbyes to each healthy child, a great burden was laid on our hearts to prevent the situations that caused such hunger in local families: we set out to focus on prevention.

The FAP was born to provide pathways out of poverty for families by providing them with enough tools, materials, and training to grow and raise their own source of food. This food, which can be consumed or sold at the markets for additional income, is transformative for Central Plateau families.

PIA is currently working with 1,500 families and is seeking to partner with 200 more over the coming year. Each family will have a designated agent, a community member who is trained to train each family in the native language, Haitian Creole. Learn more about the FAP.

One Starfish at a Time

Two hundred families—even a total of 1,700 families—equipped to provide for their families does not nearly cover the prevalence of poverty in Haiti. Getting involved in a project like the FAP has left us feeling the weight of the need around us, so much so that at times we feel like we are just spinning our wheels. It can feel disheartening to be able to do so…little.

“They say that one of the most common reasons we procrastinate is because we see the challenge before us as overwhelming, and that a good way to counter that is to break the big challenge down into smaller pieces and then take those one at a time—like one starfish at a time. And to that one starfish, it can make a world of difference.” – Peter Straube 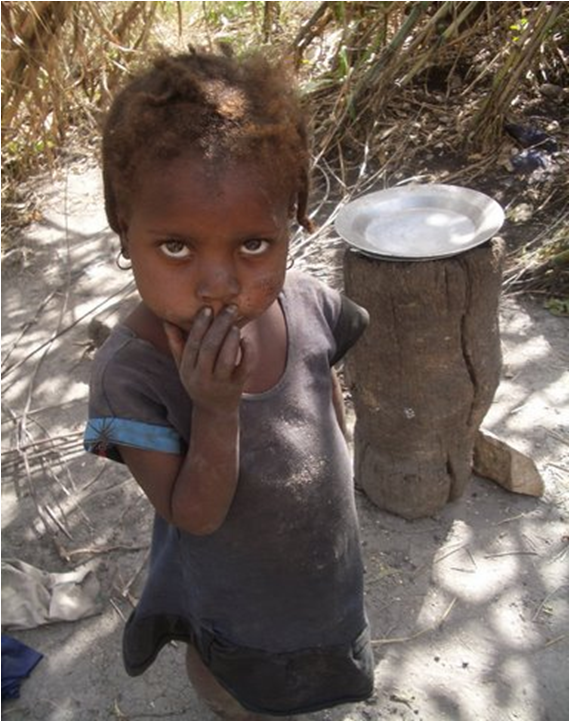 Make a difference to one child this Christmas. Give today.

Our program does not yet reach the tens of thousands. It does not even fix the circumstances of one family overnight, but we have seen good changes that once seemed impossible: families that struggled to find one meal per day are now growing their own food—while providing income for their families to boot. It’s working. And so we keep wading into the “mess”, the tens of thousands of washed up starfish, to joyfully return them back to a place where they will thrive. Join us.